Find the best properties for sale in Montverde, Florida, and count with the finest real estate services in the area. 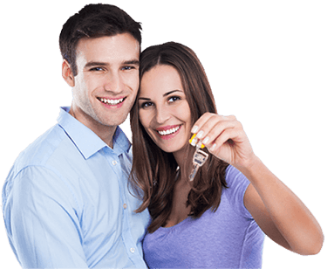 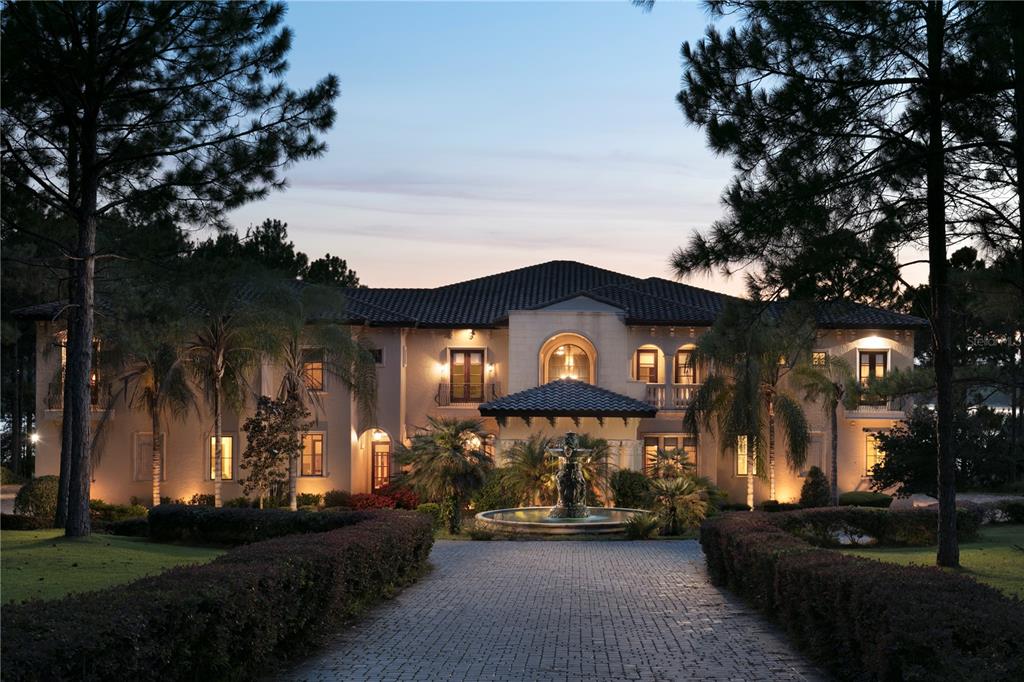 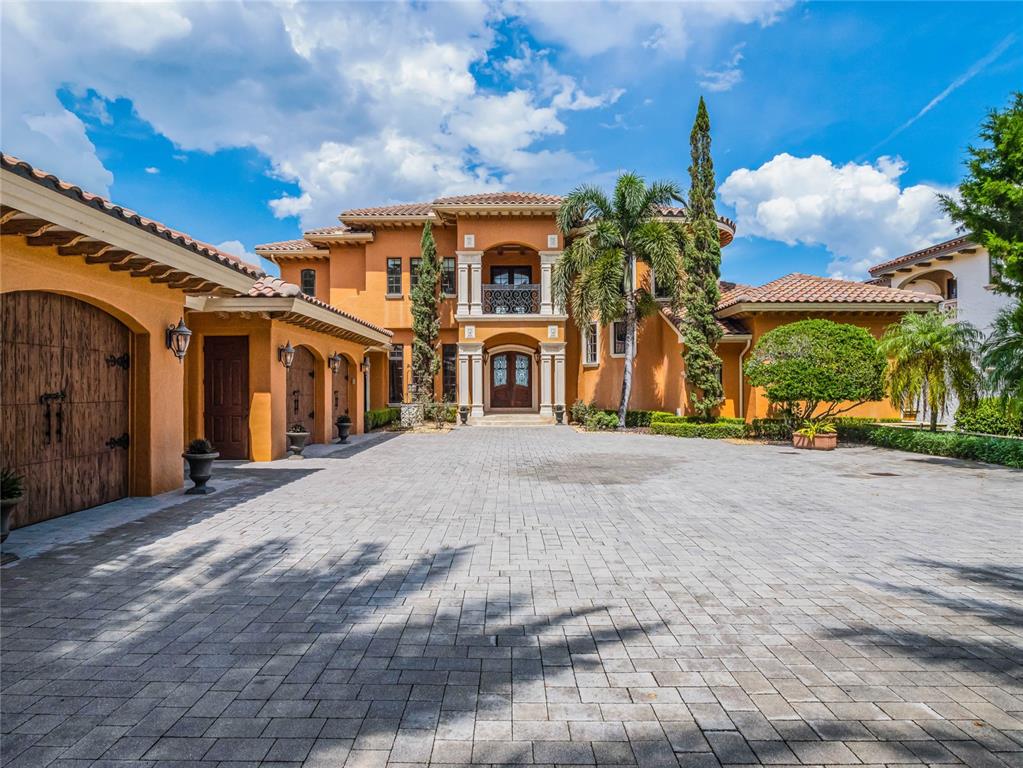 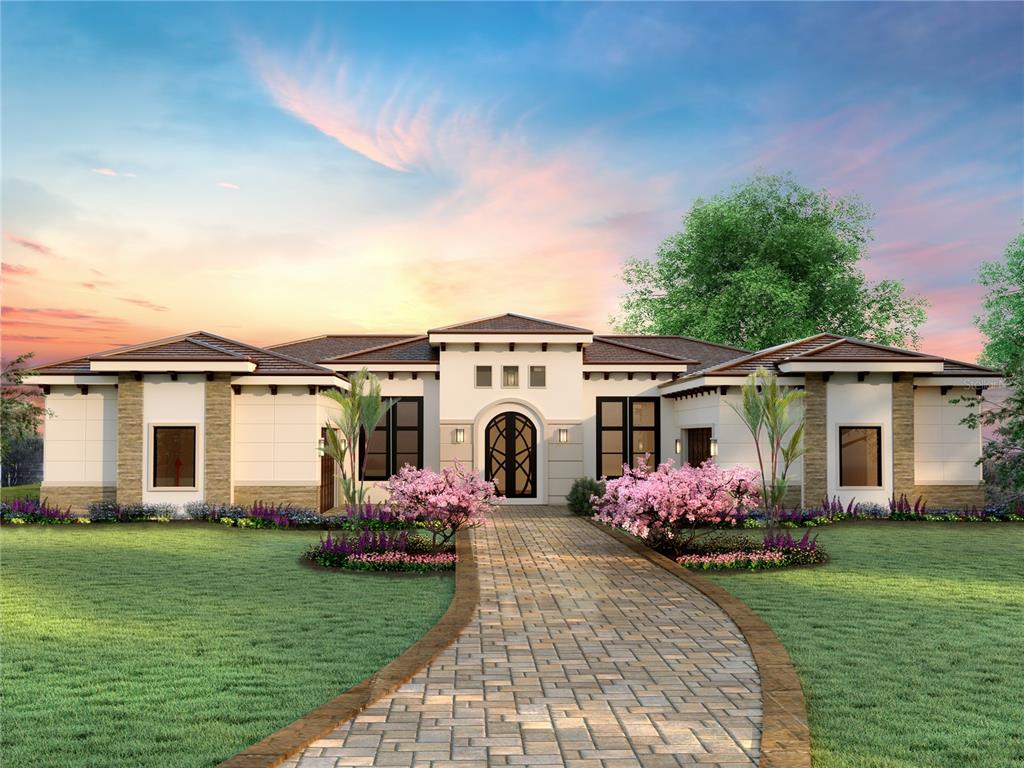 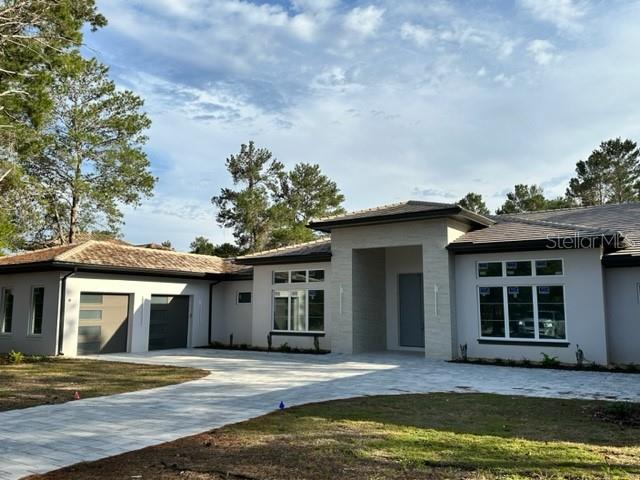 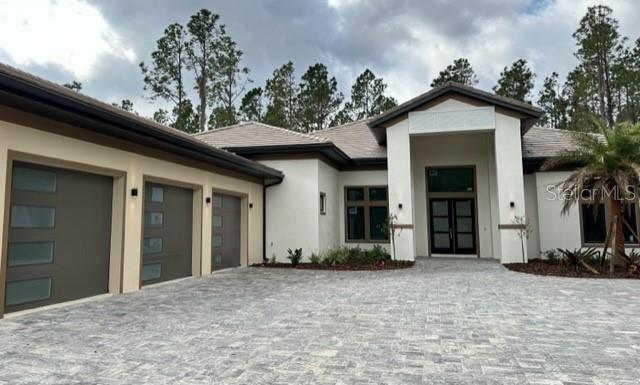 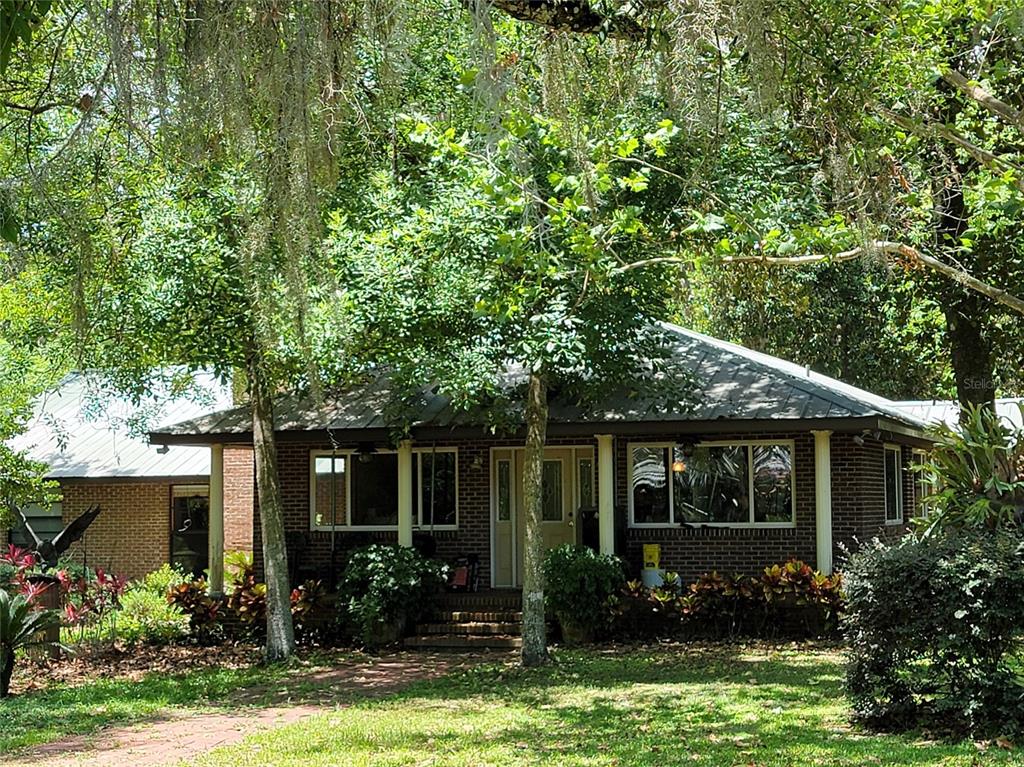 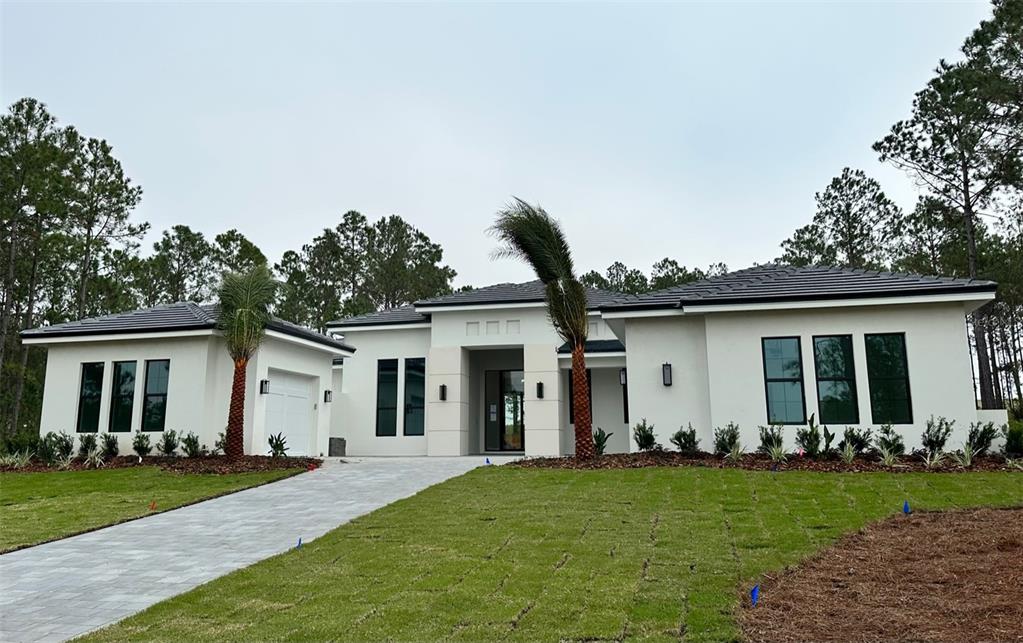 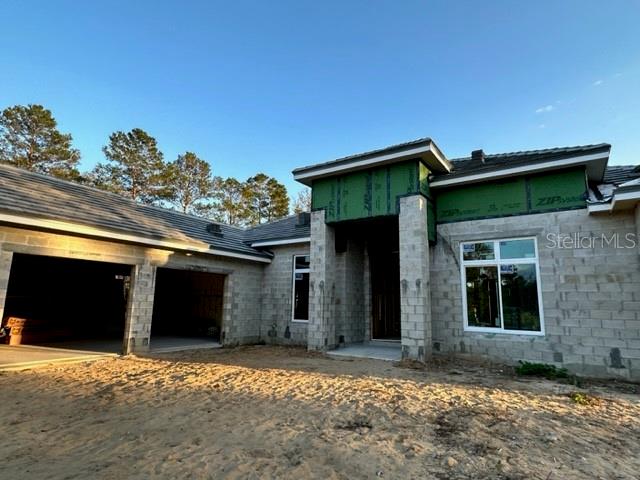 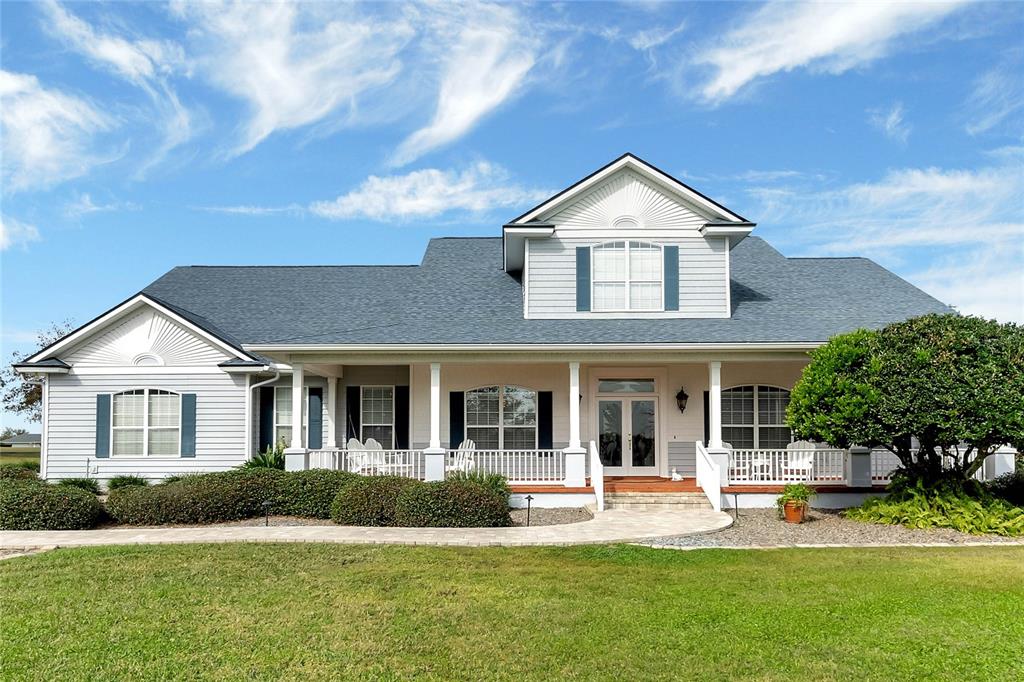 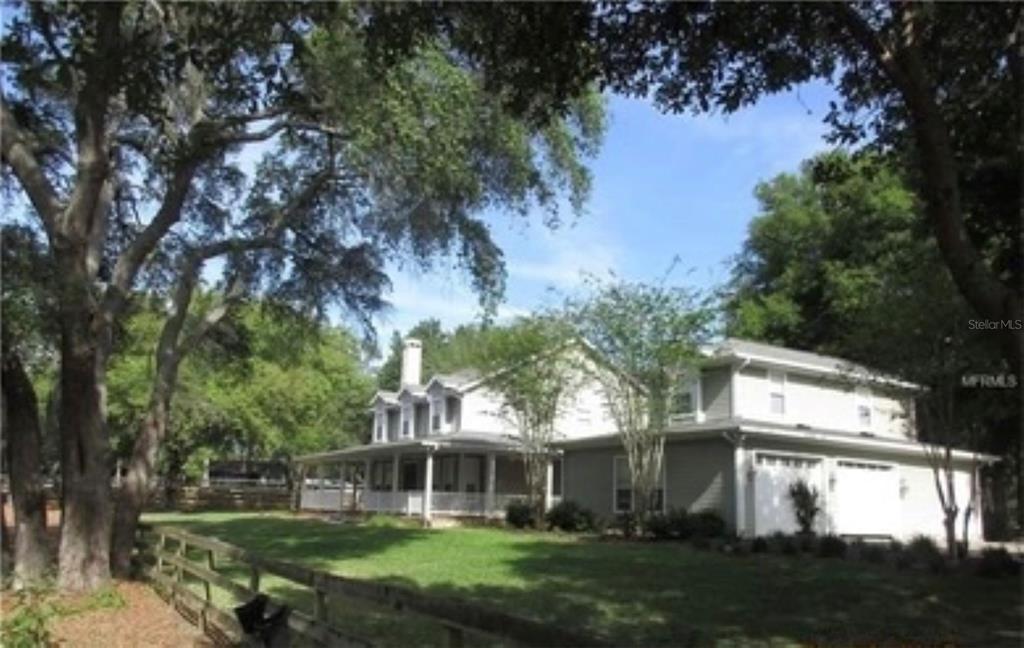 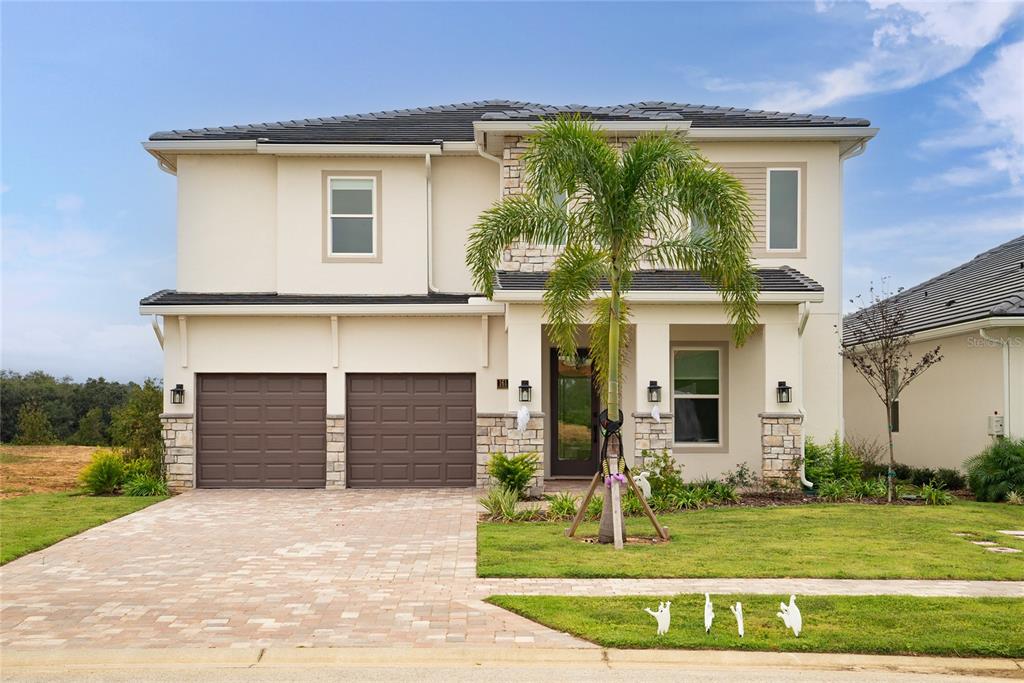 Emmanuel and Jessica are another happy couple who fulfill the dream of purchasing a home in Orlando. Listem to them. Be ...

Chad Ranasooriya is another happy buyer. “Authentic offers great services from people you can trust” Do like ...

Do you want to buy a Real Estate in Orlando? Because we are waiting for you! Do as Gilberto and Fernanda Pinheiro! Trust ...

George Tolli is one of our first clients! He has a successful case to share… Come and join our champion team! Our ...

SEE ALL HOMES FOR SALE IN MONTVERDE, FL

Why Buy a Property For Sale in Montverde?

The reasons we buy new homes are many.

Luckily, whatever criteria you're looking to fill, Montverde ticks all the boxes with some of the best real estate in the Orlando Area.

Here are our top 8 reasons to buy a home in Montverde:

SEE ALL SINGLE-FAMILY HOMES FOR SALE IN MONTVERDE

SEE ALL TOWNHOMES FOR SALE IN MONTVERDE FL

Condos for Sale in Montverde, FL

SEE IN MONTVERDE ALL APARTMENTS & CONDOS FOR SALE

SEE ALL LAKEFRONT HOMES FOR SALE IN MONTVERDE

Villas for Sale in Montverde, FL

SEE ALL VILLAS FOR SALE IN MONTVERDE FL

SEE ALL VACATION HOMES FOR SALE IN MONTVERDE

SEE ALL NEW HOMES IN MONTVERDE FL FOR SALE

SEE IN MONTVERDE FL ALL HOMES FOR SALE WITH POOL

SEE ALL LUXURY HOMES FOR SALE IN MONTVERDE

Of course, to find the most luxurious homes, at the most affordable prices, you need the help of a real estate agent.

Because while Montverde real estate is in high supply, and while prices are lower than in surrounding areas, you can bet your seller will be looking out for their own best interests.

In fact, they'll likely have their own real estate agent, whose job, as their fiduciary, will be to get them the most money possible for their home.

And so you'll need your own fiduciary.

A buyer's agent with the market knowledge to find the best home for your needs.

And the negotiating skills to keep the ball in your court.

TALK WITH A REALTOR IN MONTVERDE FL TODAY!

Sell Your Home in Montverde, FL

Part of Montverde's appeal is the prospect of owning your own piece of unspoiled, Old Florida land.

Where the only rules are the ones you set.

But for the price of just a little of your privacy, you can have something that many would consider just as valuable:

With Montverde community real estate, it's true that you can't get the mail in your underwear.

Or rather, that you could, but it might be frowned upon.

However, for many, having to put on clothes to leave the house is a small price to pay for what community living has to offer.

Such as maintenance, repairs, and landscaping, all included in your dues.

Gated entrances to give you added peace of mind.

And even, in some cases, planned community events.

Let's take a look at one of the most exclusive gated communities not just in Montverde, but in the state of Florida:

Italian for "beautiful hill," Bella Collina lives up to both parts of its name.

There is, of course, a backdrop of rolling green hills to set the scene.

And they're plenty beautiful.

But Bella Collina's real beauty lies within its gates.

There you'll find some of Central Florida's most stunning home models for sale.

With 14-foot ceilings soaring above a stately foyer, a huge back porch, and 8-foot mitered glass windows providing panoramic views of the golf course.

But while Bella Collina's ready-made mansions offer unbeatable convenience, you don't have to settle for someone else's vision.

With Bella Collina's handpicked lineup of great Florida homebuilders, you can bring your own vision to life.

With a custom home designed and built to your exact specifications!

This 75,000-square-foot, Italian-architecture-inspired facility is the largest, most lavish clubhouse around.

The lawns make popular spots for weddings and other gatherings, the grand Tuscan clubhouse presiding over events with its dual notes of formality and fun, making you feel like you're in wine country.

But it's inside where you'll find the most exciting features.

Such as 2 restaurants, a gym, a spa, and a wine cellar designed for hanging out in.

From its huge range of amenities, to its equally impressive array of home models and builders, Bella Collina has something for everyone.

Even buyers on a budget!

Because in addition to low-priced mansions, Bella Collina has even lower-priced condos!

These downsized dwellings are nonetheless bursting with great features.

Such as 2 to 3 oversized bedrooms, fully equipped kitchens, and stunning views of Lake Siena!

But whether you're looking for condos or houses for sale in Bella Collina, count on Authentic Real Estate Team to help you find the best, and pay less.

SEE BELLA COLINA HOMES FOR SALE WITH THE BEST DEAL!

Where is Montverde, Florida?

Montverde is located in Central Florida, about half an hour west of Downtown Orlando.

Houses for sale in Montverde, FL give you the best of two worlds:

On one hand, a semi-rural setting complete with pristine lakes, green pastures, and that most rare and coveted of Florida features, hills.

On the other, easy access to local points of interest, including great shops and restaurants, booming job sectors, and area attractions.

Letting you stay connected to the modern world, while feeling like you're worlds away from it.

Where is Montverde Academy?

Montverde Academy is located at 17235 7th street, in Montverde, Florida.

With a central location that puts it just minutes from all points in Montverde.

While most would have a hard time finding the town of Montverde on a map, Montverde Academy is known the world over.

This prestigious private boarding school is one of the most academically rigorous in the country.

And its sports programs are second to none.

Automatically competing at national, instead of state, levels.

The Montverde Academy boy's basketball program, in particular, is often hailed as one of the best in the United States!

How to Get Into Montverde Academy?

Montverde Academy is highly selective in its admissions process.

Your child will need to submit an application form, to be reviewed by the Montverde Academy Admission Committee.

As well as conduct an in-person interview to determine whether your child is committed to meeting the rigorous academic standards set by Montverde Academy.

How Much Does it Cost to Go to Montverde Academy?

Rivaling many elite colleges at 18,350 dollars.

Of course, while the price is high, your child's future is priceless.

And with a 100% college acceptance rate, you get what you pay for at Montverde Academy.

What County is Montverde, FL In?

Founded in 1887, Lake County, like many Central Florida counties, has agricultural roots.

Starting off as a cotton growing and cattle ranching area in the early 1800's.

Before transitioning to citrus crops later in the century.

Today, Lake County retains many of the marks of its agrarian heritage.

Like abundant cow pastures and orange groves, both defunct and operational.

While its largest city, Clermont (pop. 30,000), and its proximity to Orlando, plant it firmly in the modern age.

How Far is Montverde From:

Home to Champions Gate, Davenport is known for great golf.

And as a short-term-rental-friendly town at the doorstep of Disney, it's also a popular destination for vacationers.

To get to Davenport from Montverde, just take Old Hwy 50 E to Lake Blvd and turn right, then take a left on W Colonial Drive and follow it until you get to the Turnpike.

Next, take the Turnpike south to exit 267A and merge on FL 429 S toward Miami.

Finally, take exit 1A for Sinclair Road and you're home free!

Famous for its miles of pristine beaches, and popular with surfers, golfers, and fishing enthusiasts, Melbourne Beach is a tropical getaway less than 2 hours from the Old Florida farm charm of Montverde.

And getting there is easy!

Full of historic buildings and antique shops, it's a town seemingly stuck in the past.

But you don't need a time machine to get there.

Known for Silver Springs State Park and the Ocala National Forest, Ocala is a natural gem located midway between Montverde and Gainesville.

And with houses for sale in Montverde, FL, it could be right in your back yard!

Merge onto the Turnpike and head south for 6 miles until you get to exit 265/FL-408 E toward Orlando.

Continue for 9 miles on the 408, take the exit toward Delaney Ave, and follow the signs!

Is Montverde, FL a Safe Place to Live?

Putting Montverde real estate well out of the way of criminals who might prey on the more densely populated pockets of Orlando.

In fact, your chances of becoming the victim of a crime in Montverde, FL are just 1 in 181.

Making it 78% safer than the national average!

Because of this, single-family houses remain the most popular types of real estate for sale in Montverde, FL.

Giving buyers a safe, spacious place to raise their kids.

And the peace of mind to know their assets are protected.

If You're Looking for Houses for Sale in Montverde, FL, Look No Further Than Authentic Real Estate Team!

So to conclude, if you're looking for homes - whether single-family, townhomes, or condos - for sale in the Orlando Area, look no further than Montverde, FL, Orlando's premier real estate market for low prices on high-end homes!

And if you want to find the lowest prices on the highest-end homes, look no further than Authentic Real Estate Team, Orlando's premier real estate pros.

Our diverse team of specialists can help you succeed in all your real estate needs, whatever they happen to be.

Whether you're looking for houses for sale in Montverde, FL, or to sell the one you already own.

With years of experience in the Orlando Area, we have the local market knowledge to find the best Montverde real estate for your needs.

And the marketing savvy to help you sell for as much money, in as little time, as possible.

Whatever your real estate goals, contact Authentic Real Estate Team today to see how we can help you reach them!

SEE ALL HOMES FOR SALE IN MONTVERDE FL

Do you want to continue?
Cancel
Yes!